Parenting is never a walk in the park (except, I suppose, for when it is literally a walk in the park), but it tests a mother to her limits in Arkangel, an episode from the forthcoming fourth series of Black Mirror. Netflix has released a trailer for the episode, which was directed by two-time Oscar winner Jodie Foster. 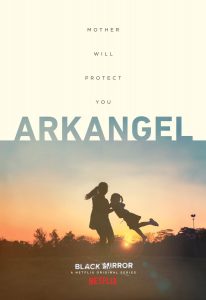 The trailer gives little away but the episode looks to feature a mother whose young daughter is enrolled into some kind of scientific research institution. Series creator and all round TV hero Charlie Brooker wrote the episode, which stars La La Land’s Rosemarie DeWitt, A Place to Call Home’s Brenna Harding and It’s Owen Teague.

The success of Black Mirror – which really soared following its move to Netflix for season 3 – has surely played a large part in the revival of the horror/sci-fi/mystery anthology series, with quality shows such as Electric Dreams or Room 104 now getting commissioned left, right and centre.

Arkangel is the first episode of Season 4 of Black Mirror, and will premiere on Netflix before the end of the year.