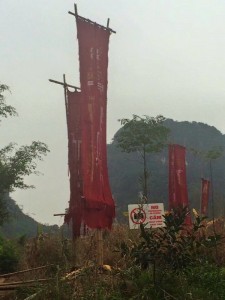 Currently being filmed in Hawaii, director Jordan Vogt-Roberts’ Kong: Skull Island is struggling to keep hold of its secrets. These sneaky set photos come courtesy of Reel Tours Hawaii, and show a Skull Island settlement, as well as a big-ass jawbone. In one snap, we even see a sign insisting that no cameras be used in the area. The cheeky buggers.

Kong: Skull Island’s plot has managed to stay more-or-less under-wraps however, although it is reported to centre on King Kong’s origins. Coming Soon have told readers that they can expect an action adventure set on a “treacherous, primordial island.” And that really is about all we’ve got to go on at the moment, giving these images more value. 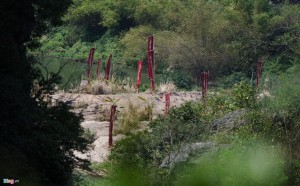 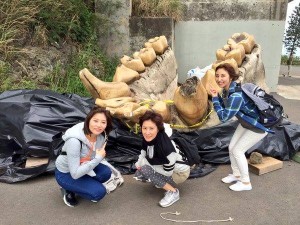 Kong: Skull Island will almost certainly not be the last we see of the ‘8th Wonder of the World’ in the coming years, although Neil Marshall’s long-rumoured Skull Island: Blood of The Kong seems to be entirely dead. Which sucks, ‘cause the director of The Descent directing a King Kong film is too exciting a prospect for words.
Share this...