The Law Won’t Protect You; it’s a Poster for Mean Dreams

A trio of images and a poster have arrived for the thriller Mean Dreams from director Nathan Morlando (Citizen Gangster). The film follows a couple of teenagers who try to escape their troubled lives, but are pursued by a local police officer. 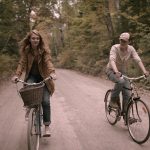 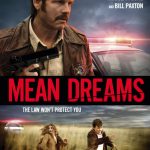 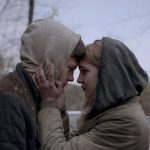 The film has just finished a successful festival run and has received overall positive reviews. Particularly praised for the performances from its cast, Mean Dreams cannot escape its comparison’s to Terence Malick’s Badlands. Thought to be a little generic, it still sounds like a smart slice of Canadian thrills.

Synopsis:
Mean Dreams follows courageous local farm boy Jonas (Wiggins) and the new girl next door, Casey (Nélisse), as they embark on a journey that will change their lives forever. As young love blossoms between the two 15-year olds, Jonas also discovers that Casey’s abusive home life has reached a new level of danger, and Jonas takes the lead in their escape by stealing a bag full of drug money from Casey’s corrupt father – local cop Wayne Caraway (Paxton). With the stolen cash as their only means to a better life, Casey flees with Jonas and together, under relentless pursuit from her father, they learn the hard truth of what it will take in order to survive. In the end, Casey and Jonas are forced to make a life-altering choice from which there will be no turning back.

You can check out the trailer for Mean Dreams below. It’s tense, nerve-wracking and shows Bill Paxton doing what he does best: being absolutely freaking terrifying. We’re excited about this one.