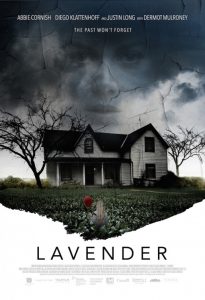 Lavender opens with a stunning tour through a tableau vivant depicting the crime scene of a murdered family. Viewers are then introduced to Jane (Abbie Cornish), a photographer who documents abandoned houses. As of late, she has been drawn to one in particular. After swerving in her vehicle to avoid hitting a young girl in the road, Jane is hospitalised with amnesia, not remembering who her husband Allen (Diego Klattenhoff) and daughter Alice (Lola Flanery) are. Complicating matters is the fact that Jane had already suffered from a brain injury as a child.

Jane learns that the house with which she has been consumed lately actually belongs to her, and has been looked after by her uncle Patrick (Dermot Mulroney) for the past 25 years. Following the advice of psychologist Liam (Justin Long), Jane visits the house in an effort to possibly unlock repressed memories.

Events and clues unfold in a slow, dreamlike manner, as Jane is often subjected to dissociative fugue visions — or are they merely that? Gift-wrapped objects seem to appear supernaturally but, with Jane serving as an unreliable narrator, viewers are kept in the dark until the finale. If Jane cannot trust what she sees, how can we? Director Glass-Donnelly and co-writer Colin Frizzell do a solid job of leading viewers down certain paths and then making us second-guess ourselves. Seasoned genre-film viewers have seen much of this before, but there is enough of an original approach to keep us invested throughout. One character seems to be written in a manner that obviously makes him either a red herring or final villain from the get-go, but the rest of the writing stays above this level. 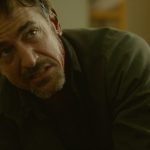 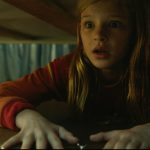 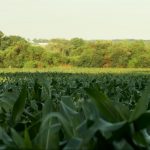 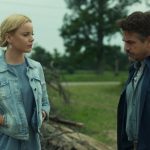 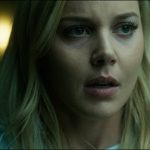 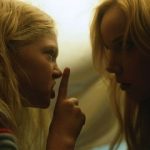 The visuals are stunning, from the aforementioned opening to wide takes of pastoral settings, to a set piece that occurs in a hay maze, to the claustrophobic tension inside Jane’s old house, and much more. Brendan Steacy’s cinematography is lovely to behold, even when it involves flowing pools of blood. Glass-Donnelly expertly frames his shots, and Lavender is worth a watch for these reasons alone.

What also elevates Lavender above the psychological-thrillers-by-the-numbers pack are the performances, especially from Abbie Cornish. Glass-Donnelly and Steacy have written her character in a fresh manner. Although mystifying and scary events are happening to Jane, she keeps a strong resolve. Cornish is wonderful in this role, balancing Jane’s fragility and fortitude marvellously. The rest of the cast is fine, as well, but the balance of the film depends on Cornish’s ability to draw us into Jane’s plight, and she does so with aplomb. 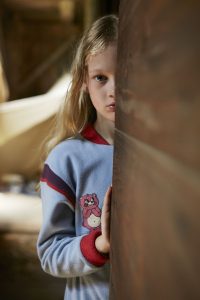 Sarah Neufeld and Colin Stetson’s score may be the most divisive element of Lavender, walking the fine line between overdone and adding to the tension. With strings that scream “Horror movie!” to a plaintive bass cry that sounds like a cross between a kaiju roar and a famous guitar part from The Smiths’ song “How Soon Is Now?” (I mean that comparison seriously), the music lets you know that something is up . . . often, and boldly.

Ed Glass-Donnelly has crafted an intriguing psychological horror movie that may not contain any real groundbreaking moments, but is rich with skillful, artistic filmmaking and top-notch performances. Lavender debuts in cinemas, on VOD, and on Digital HD today (March 3rd).