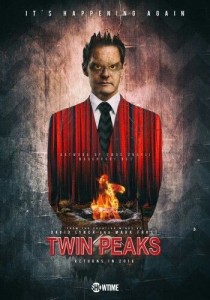 Certain corners of the internet became desperately excited last year when it was announced that David Lynch was to return to Washington’s weirdest (fictional) town, directing 18 brand new episodes of Twin Peaks. Due to air on Showtime in 2017, the series will, it has now been confirmed, feature Lynch regular Laura Dern in its cast.

Though it is not known who Dern will play, TVLine, who broke the story, have hinted at the possibility that she will appear as Diane, the mysterious, never-seen assistant of Dale Cooper, played by another Lynch favourite, Kyle MacLachlan. This could be the first time the character has ever been seen, or indeed heard, having only been addressed via tape by Cooper in the original series.

The revered cult series aired from 1990 – ‘91 and spawned a film, Twin Peaks: Fire Walk with Me, in 1992. It explored a seedy, dangerous and terrifying underbelly lying beneath the facade of hard-working, small-town Americana, a common theme in Lynch’s work. The new series will mark the first time both Dern and MacLachlan have teamed up with Lynch since Blue Velvet, his 1986 masterpiece of oppressive dread and psychosexual violence, which dug deep into such ideas.