Lakeith Stansfield Cast in The Girl in the Spider’s Web

Get Out and Death Note star, Lakeith Stansfield has joined the cast of Fede Alvarez’s adaptation of The Girl in the Spider’s Web. He joins the cast that already includes Claire Foy in the lead role of Lisbeth Salander and Sylvia Hoeks who plays her evil twin sister. Cameron Britton (Mindhunter), Claes Bang (The Square) and Sverrir Gudnason also have roles, with the latter being cast as Mikael Blomkvist. 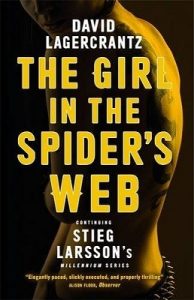 Alvarez has two superb horror’s under his belt with his bloody remake of Sam Raimi’s Evil Dead and 2016’s tense thriller Don’t Breathe, so we can’t wait to see what he can deliver with this surprising adaptation.

David Fincher, who directed the American The Girl with the Dragon Tattoo in 2012, will executive produce The Girl in the Spider’s Web, which will be released on 19th October 2018.