Who Knows What to Expect From The Awakening?

While it may have the most generic of titles (not to mention one shared with a handful of other films), upcoming supernatural thriller The Awakening has a plot that is anything but humdrum. With war, family tragedy, psychic connections and crime, the film – which recently wrapped filming in Sullivan County, NY – sounds like a real melting pot of tropes and genres.

From Dusk Till Dawn: The Series’ Zane Holtz plays Ray Marrow, a soldier who returns home from active duty in Syria when his wife is killed in a car accident. While their 5-year-old son Lawrence survived the crash, he has been left with post-traumatic stress disorder, which begins to manifest itself in strange ways. The boy starts to display a supernatural knowledge of the disappearance of a young woman, leading to Ray becoming the target of a local gangster. 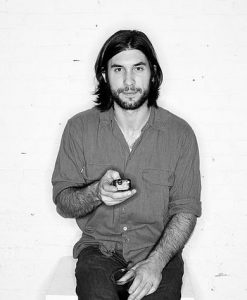 Tammy Blanchard (Into the Woods, The Invitation), Chance Kelly (Stake Land, Generation Kill) and Poorna Jagannathan (The Night Of) co-star, with Azhy Robertson as young Lawrence.

The Awakening is written and directed by Jason Noto (pictured), and comes from Adrian Grenier’s Reckless Productions, in association with NewAley Pictures, who are currently lining up a 2017 release.