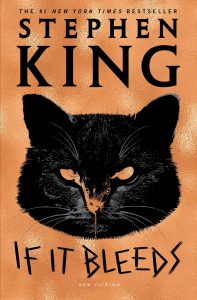 The story, which was featured in King’s recent collection If It Bleeds, follows a young boy who befriends an older billionaire living in his small-town neighbourhood. The pair bond over the man’s first iPhone—and when the man dies, the boy discovers he’s able to communicate with him from beyond the grave by leaving voicemails on the device that was buried with him.

John Lee Hancock (The Blind Side, Saving Mr. Banks) is directing the adaptation and will write the script.