Synopsis:
When a group of strangers awaken in an abandoned building, they are haunted by frightening visions and struggle to find an exit among the maze of corridors. As time passes the group are divided and take various routes within the building, facing their truest nightmares as they go.

There is a promising, albeit not all that original, concept at hand here. In a similar fashion to Saw and Cube we have a group of people waking up in an unknown place, struggling to remember their last movements and questioning why they have been targeted. Typically, they chit chat among themselves and tensions rise as they look to one another for answers. Of course, no one knows a damn thing, or do they? It is always a bit of fun watching the pieces slowly fall in to place in films like this, but it’s a shame what we have here is a rather tired and unrefreshing take on a premise that is all too familiar. Kingdom Come plods along ticking all the boxes that ensures it doesn’t offer an ounce of originality. Conflict sprouts from a clash of the men and their determination to lead the group to safety. There’s the usual, “Let’s split up” utterance and far too many figures flash past the camera trying to accelerate the level of creepiness. Sadly for the film’s inability to build tension, it fails to create the level of fear it so desires. Instead, we have a very bland and unsatisfying endeavour that tries to disguise itself as something more. Kingdom Come’s level of intelligence is measly and desperate dialogue like, “This is the part where…?” can’t raise its intellect.

Kingdom Come is a chore to get through; its pace is sinfully slow. Watching the characters stroll through dark, dingy rooms and empty corridors, engaging in dire dialogue fast becomes tiresome. You’ll pray for it to kick itself in to gear, because if it were to move any slower it would be going back in time. Deeper themes begin to emerge as the film struggles on and if you’re still awake, it gets slightly more interesting. By now, we know there’s something inhuman wandering around like it owns the place and if the tension – ha ha – is killing you, fear not it’s about to show itself. The big reveal is surprisingly effective and it seems make-up and prosthetics was favoured over hiring decent actors. What we end up with is a bunch of actors no better than drama students, up against some quite disturbing beings. Kudos Kingdom Come, I didn’t see that coming. You could shame me for judging a book by its cover, but when the cover is a shoddy group of stereotypical characters with a lousy script, can you blame me?

Slowly but surely, Kingdom Come begins to draw to a close; the twists and turns are put to bed and the ends are loosely, desperately tied together. It’s a nonsensical and absurd climax, but it just about works. One particular aspect is entirely bizarre and covers the film in another thick layer of desperation as it screams, “You didn’t see that coming, did you?!” No, I didn’t. All in all, there are some decent ideas at play here, but they are poorly executed. It’s filled with clichés and it’s too predictable for its own good. The final 20 minutes is average at best and the journey we take to get there is too much of a slog for it to be truly worth it. Kingdom Come you should practice what you preach; repent for your sins and beg for forgiveness, because you have a lot to answer for.s 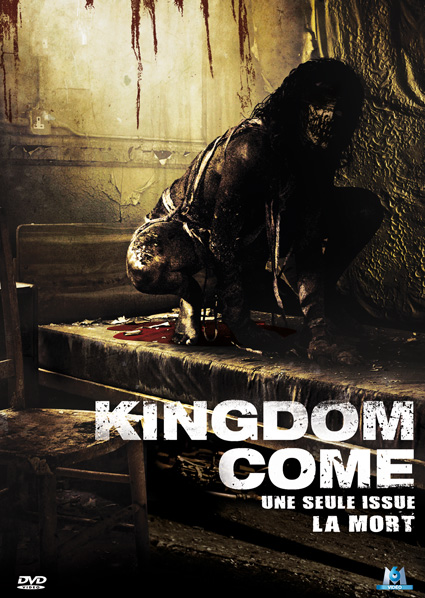