Synopsis:
Two friends travel to Montenegro on vacation to visit an old friend who offers to take them to Mamula, an abandoned military fortress located on a remote island. As the group explore the island they soon discover that they are not alone when they are hunted by a fisherman who will sop at nothing to protect the island’s secret.

Killer Mermaids is directed by Milan Todorovic and stars Kristina Klebe (Halloween), Natalie Burn (The Expendables 3) and Franco Nero (Django Unchained). This film is one of few Serbian films that is not overpowered by images of torture and gore. Instead, it is a step away from the barbaric macabre of such films as A Serbian Film to tell a story that merges Greek mythology with a keen sense of adventure. The first half of the film takes a while to go anywhere. This was annoyed as it makes the film feel incredibly monotonous it is only when the group arrive at Mamula that the film begins to improve.

In the lead roles both Burn and Klebe do what they can to deliver what is needed to carry the film. Sadly, the rest of the cast don’t pull their weight. There are far too many moments that feel entirely forced and the performances tend to go way over the top for my liking and is akin to standard of acting you would find in a made for TV film. It’s not all murky though, the setting of the film is stunning. Todorovic captures the picturesque coastal region of Montengro and the ice-blue crystal waters of the sea surrounding the mainland beautifully. As a result, Killer Mermaids looks surprisingly polished on screen which is a shame as the rest of the film is lacking in substance.
As director Todorovic wanted to deliver something different with this film and he does so in some respect. However it becomes such a shame that any of it’s charm is quickly overpowered by the shoddy effects used in the film. These effects are good but the CGI is far from perfect. This does not mean that the film is not creative because it is but the scenes that do work well are few and far between. For example, a particular effect which sees the Mermaid turn from a beautiful blonde woman into a ghastly creature becomes laughable and clearly doesn’t work in the way that it was intended to.

Now on reflection I may have been harsh on this film and in reality there are plenty of films out there that are considerably worse. This said, there are far too many negative elements in this film. The pacing of Killer Mermaids is incredibly stagnant, the performances are weak and so is the script. The only saving grace is the direction but it wasn’t enough to keep my sense of enjoyment afloat which by the end of the film was drowning. 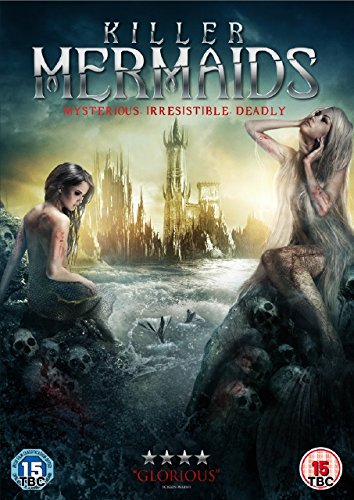