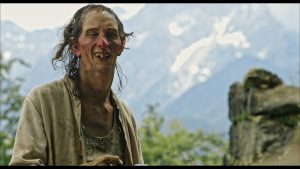 City folk treading off the beaten track, getting stranded in the Deep South and running afoul of psychotic, feral, possibly inbred hicks; the hillbilly flick is a staple of American horror cinema. The latest offering from the genre however, comes not from the Land of the Free but Slovenia, and is said to be “a fresh, sadistic take on such classics as The Hills Have Eyes and The Texas Chainsaw Massacre.”

Originally titled Idila and billed as Slovenia’s first ever all-out horror film, Killbillies (the US release title presumably designed to leave no doubt as to the sub-genre in which it resides) looks like a vicious fight for survival, as you can see by the first trailer below.

Synopsis:
A group of fashionistas from the city, including models Zina and Mia, make-up artist Dragica and photographer Blitcz, begin to shoot on an idyllic countryside hilltop. But soon, two physically deformed psychopathic countrymen approach them and quickly attack. After the terrified group finds themselves chained in a basement and awaiting their gruesome fate, they decide they must fight no matter what the odds. 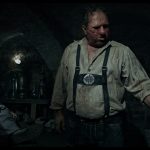 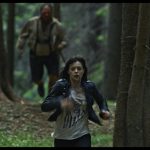 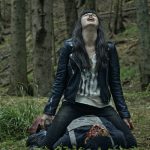 A wild, bloody, taut clash ensues between urban and rural, women and men, between savages and civilised man.

Killbillies has been picked up by Artsploitation Films who have a DVD and VOD release scheduled for October 25th.