A few years back, Kevin Smith revealed his plans for a yuletide horror anthology entitled Comes the Krampus, but abandoned the idea after Michael Dougherty’s Krampus sparked off a slew of films about the mythical Christmastime menace. Rather than binning the concept altogether though, Smith has reworked it into a script called KillRoy Was Here, featuring a long-nosed antagonist inspired by character that commonly accompanied the graffiti slogan ‘Kilroy was here’, which was popular in America during World War II. 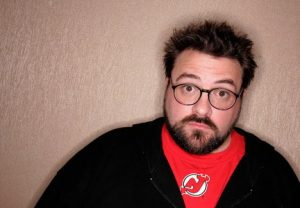 “We were gonna make this Krampus movie and then somebody went and made a Krampus movie,” Smith explained over on Facebook Live on Wednesday night. “Ours was an anthology that played more like Creepshow. Or, to appeal to the modern day kids, Creepshow 2. Or, let’s say, Black Mirror. So yeah, it’s kinda like that. It’s an anthology. So our Krampus movie – which was called Comes the Krampus and then later on, Anti-Claus – it got shelved. So we decided to re-engineer that dopey script. We turned it into a different movie. We just changed the Krampus character – it’s almost the same script. Took the Christmas elements out of it. Instead, we’re calling it KillRoy Was Here.” 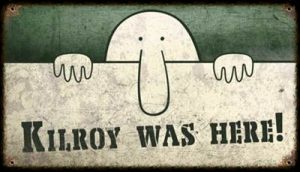 Filming is already underway on the anthology in Sarasota, Florida. Smith has employed the assistance of students of the Ringling College of Art and Design. Elsewhere, Smith is gearing up for production on Jay & Silent Bob Reboot, which is due to start filming in the autumn, and currently seeking funding for Moose Jaws, the final part of his True North trilogy.