Keith Stanfield Joins the Cast of Blumhouse Thriller Get Out 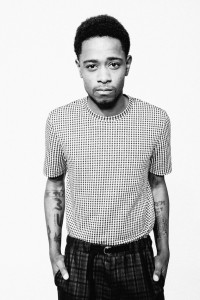 You’ll most likely recognise Keith Stanfield from Straight Outta Compton or Short Term 12, but you may recall that he had a role in The Purge: Anarchy. Of course, it would be acceptable for you to not realise this because he spent the majority of his role wearing a mask with ‘GOD’ written on it.

Nonetheless, Stanfield has joined the cast of Get Out, a Blumhouse picture from director Jordan Peele. This will be Peele’s directorial debut, as he most widely known as an actor in TV shows that include Children’s Hospital and Key and Peele. He has also voiced various characters in Bob’s Burgers and Robot Chicken.

Very little is known about Get Out so far, but we do know that it will follow an African American man who visits his Caucasian girlfriend’s cursed family estate. The idea of setting race relations within a thriller is definitely an intriguing concept, so we’re excited to see Get Out hit our screens soon.