Horror honey Katee Sackhoff is becoming quite the scream queen after starring in Riddick, Oculus and the upcoming supernatural spooker Don’t Knock Twice. She has now signed on to play the lead role in a sci-fi horror called Origin Unknown as mission controller Mackenzie ‘Mack’ Wilson. 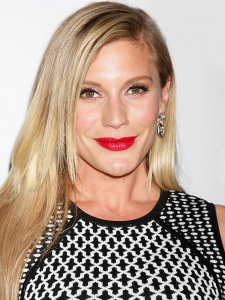 Synopsis:
After the first manned mission to Mars ends in a deadly crash, mission controller Mackenzie ‘Mack’ Wilson is summoned to assist an artificial intelligence system – A.R.T.I Their investigation uncovers a mysterious object under the surface of Mars, leading to a discovery that could change the future of our planet as we know it.

Origin Unknown comes from director Hasraf Dulull and screenwriter Gary Hall (Pastel) and is based on story written by Dulull. Dulull has had much experience working in visual effects, having worked on the TV series The Aliens, The Living and the Dead, Poldark and Dickensian. He has also worked on films that include The Drk Knight, Prince of Persia: The Sands of Time and Storage 24. It will be interesting to see how he transfers his skills in effects to direction, but one thing must be for certain: Origin Unknown is sure to have a great set of visuals.

Origin Unknown has a release date slated for 2017, so keep your eyes peeled for more as it comes!