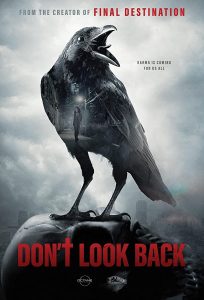 Final Destination creator Jeffrey Reddick makes his feature directorial debut with Don’t Look Back—and the trailer proves that karma comes for us all.

The film follows Caitlin Kramer (Kourtney Bell), a woman of faith overcoming a tragic past, who is among several people who see a man being fatally assaulted and don’t intervene. When the witnesses start dying mysteriously, Caitlin must unearth if they are being targeted by a killer… or something far more insidious.

Don’t Look Back releases in theatres and on demand on October 16th. Check out the official trailer below!