Undoubtedly one of the most hotly anticipated horror films on our radar, self-proclaimed ‘Expendables of horror’ Death House has just about wrapped principal photography in Philadelphia. To celebrate, here’s a bunch of stills, BTS and promo shots. 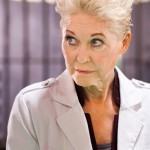 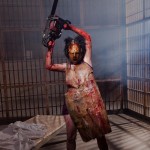 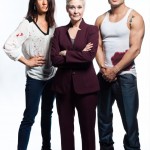 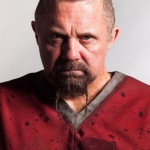 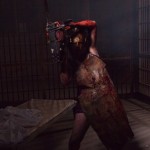 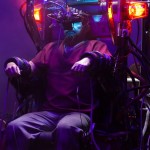 Directed by Camp Dread director and friend of Scream Harrison Smith, the film is based on a story by Leatherface himself, the late horror icon Gunnar Hansen. The cast is a who’s who of horror’s last 40 years or so, and includes (deep breath) Dee Wallace, Kane Hodder, Michael Berryman, Barbara Crampton, Adrienne Barbeau, Bill Moseley, Sid Haig, Tom Savini, Debbie Rochon, Bill Oberst Jr. and star of the real I Spit on your Grave, Camille Keaton. Building a cast like this is an astonishing accomplishment, given how in-demand a number of these names are right now.

The plot is a straight-forward one, but ripe with potential for violence: Two federal agents fight their way through nine levels of Hell inside a secret prison known as the Death House. A facility-wide prison break turns their flight into a tour of horrors as they push toward the ultimate evil housed in the lowest depths of the earth. 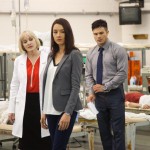 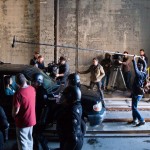 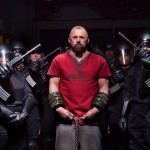 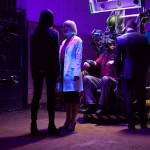 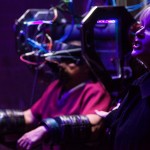 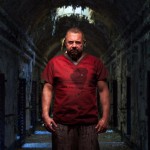 Fighting their way through a prison populated by the nastiest prisoners on Earth, the agents are played by Cortney Palm (Zombeavers, Silent Night) and Cody Longo (Piranha 3D).
Share this...