Just What is the “New Cloverfield Project”?

While rumours abound that J.J. Abrams current project, Overlord will constitute part of his ‘Cloververse’, it has for a while now been assumed that Julius Onah’s upcoming God Particle will be the franchise’s third entry. An announcement made over at CinemaCon however, has thrown more confusion and speculation into the mix, as they’ve revealed that “…a new Cloverfield project…will premiere October 27, 2017.”

The date is the same as has already been confirmed for God Particle, but the thing is, we already pretty much knew that this was a Cloverfield film; it’s really not a “new Cloverfield project.” So what exactly does the announcement mean? Perhaps it is confirmation that Overlord – which sees US paratroopers dropped behind enemy lines in 1944, to find they face a more supernatural enemy than anticipated – is indeed part of the Cloververse, although the chance of two Cloverfield films being released on the same day seems less than remote. 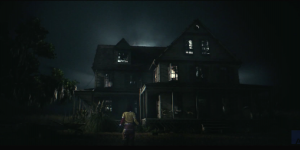 So what’s going on here? Is CinemaCon simply a little behind with the online rumour mill, and referring to God Particle? That too, seems unlikely. Of course there’s always the chance that God Particle’s Cloverfield connection has been an elaborate ruse cooked up by Abrams and co. to create a smokescreen for Overlord, or even something else entirely. Expect a whole lot more speculation on this before we get any definitive answers.