High Octane Pictures, in association with the Oklahoma Film & Music Office have started production on Ryan Bellgardt’s The Jurassic Games in Los Angeles.

Billed as something of a mashup of two established franchises whose titles you won’t struggle to guess, The Jurassic Games is set in a near future world in which Death Row convicts are forced to compete in the titular tournament; a deadly virtual reality game show that pits its players against dinosaurs and each other. For Anthony Tucker (Adam Hampton), surviving the Games means a chance to be reunited with his children after having been wrongfully imprisoned for the murder of his wife. As the devious The Host continues adding more improbable challenges, the competitors find the odds stacked increasingly against them. Only one will emerge as the winner and reclaim their freedom. 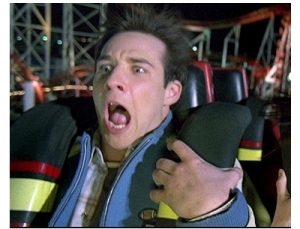 “High Octane Pictures is very excited to be back in business with Ryan Bellgardt – unarguably one of the most talented new filmmakers in the business,” enthuses High Octane’s Galen Christy. “The Jurassic Games is a very exciting concept – it’s part Hunger Games, part Jurassic Park… and just a hell of a lot of fun. With Bellgardt behind the camera, and the fantastic cast we’ve lined up for the film, it’s definitely a movie for film fans to anticipate. It’s gonna be dino-mite!”