Jovanka Vuckovic’s next feature Riot Girls has now started production and we have a full synopsis to go along with this announcement. It is as follows: 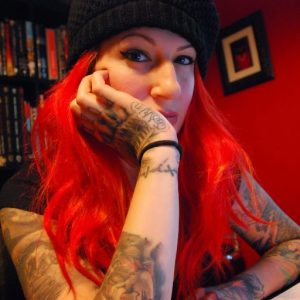 “The film is set four years after a mysterious illness has killed all adults. The town of Potter’s Bluff has been divided into two rival factions, the ‘East side’, made up of scrappy scavengers living amongst the ruins, and the ‘West side’ which hoards its wealth in the former high school and is ruled by Jeremy, a brutal dictator.

When Jack, an eastsider, is forced to kill two westsiders while on a scavenging mission, he is captured and taken back to the West side where he awaits public execution. Jack’s sister, Nat, and her best friend, Scratch, must cross into dangerous territory if they have any hope of saving him. Their treacherous journey reveals not only the power of their love, but the depths of their courage.”

Vuckovic has a series of short films to her name, including the excellent The Box which featured in the all-female directed anthology horror XX. Riot Girls will mark her feature directorial debut and will see her directing a script written by Katherine Collins.

Vuckovic has been keen to steer the film away from being described as a simple post-apocalyptic offering. She said:

“Riot Girls’ isn’t a simple post apocalypse tale, a violent survivalist horror story, a queer romance, or a kids adventure film — it’s all of those things blended together beautifully.”

Riot Girls sounds like it’s going to be a complex and intriguing tale, so we look forward to hearing and seeing more from the film in due time. Check out Vuckovic’s Instagram page here to see behind-the-scenes action.