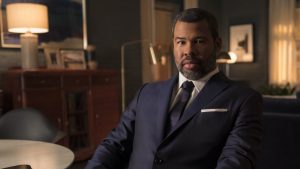 Jordan Peele and Simon Kinberg’s reboot of The Twilight Zone is only five episodes into its first season, but CBS All Access has already renewed it for a second.

Based on the classic CBS series of the same name created and hosted by Rod Sterling, this modern delve into The Twilight Zone is hosted, produced, and narrated by Jordan Peele, the visionary director behind Us and Get Out. Blending horror, fantasy, and science fiction, recent episodes of the anthology series have featured stars like Taissa Farminga, John Cho, and Seth Rogen.

You can catch new episodes of The Twilight’s Zone every Thursday through CBS All Access. All 156 episodes of the original series can also be watched on the streaming platform.