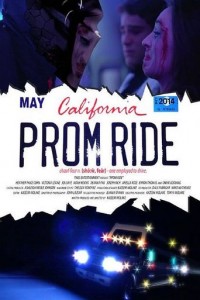 Immersive, torture-filled teen horror Prom Ride is set for a DVD and VOD release on March 15th, through Vision Films.

Prom Ride tells the story of best friends riding to the prom together in a stretch limo. On the way, the limo is hijacked and the audience becomes trapped inside with the friends who are fighting to survive. Their senior prom was to be a night of elegance, rejoicing and celebrating, but when a psychotic killer hijacks their stretch limo, the teens are tortured while being held hostage. Soon they turn on each other for survival. By the end, we learn that one of the teens had been keeping a secret that played a bigger role in their demise.

The film blends POV and found-footage-esque shots with more conventional camerawork to place the viewer very much in the limo with the tortured teens. If you’ve ever wanted to see Saw set in a stretch Hummer, this is surely the film for you. Check out the trailer below.