It’s been just weeks since Tom Cruise was announced for Universal’s The Mummy reboot, and according to Deadline, the studio have bagged another huge-name star for their new vision of The Invisible Man – king of kook Johnny Depp. It’s been a while since Depp led a halfway decent genre flick, and it would be good to see his pallid features back on the darker side of cinema. 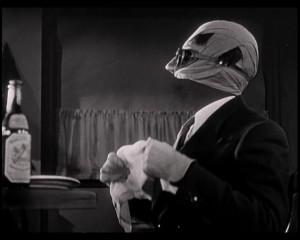 Universal first adapted H.G. Wells’ 1897 novel – about power-hungry scientist Griffin, who discovers a way to become invisible – in 1933, bringing in as director James Whale, following his roaring success on 1931’s Frankenstein, one of the all-time classic horror movies. I can certainly see Depp as Griffin. His acting style should fit nicely the quiet arrogance and suppressed melancholy the character calls for.

The new film will form part of Universal’s expanded universe which will see a number of their classic Monsters re-imagined in a modern-day setting. Alex Kurtzman, who is producing and directing The Mummy, is expected to be producing further films for the exciting endeavour. These are early days however. No news either on whether or not The Invisible Man will be scripted by Jon Spaiht, who is penning both The Mummy and Van Helsing for Universal.