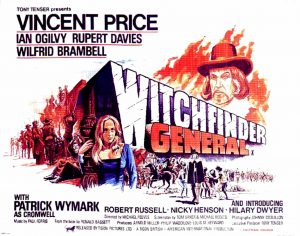 Danish filmmaker Nicolas Winding Refn (The Neon Demon) has been attached to a potential Witchfinder General remake for a few years now, but there’s finally some forward motion on the project. John Hillcoat (The Road) has been tapped to direct the film, with Refn producing.

A classic piece of 1960s horror and one of Vincent Price’s best films, the original Witchfinder General was directed by Michael Reeves and follows the brutal exploits of witch hunter Matthew Hopkins (Price).

Jon Croker (The Woman in Black 2: Angel of Death) penned the script for the remake, with Hillcoat saying the “dynamic departures” drew him to the project. Hillcoat also notes that the film’s themes of religious fanaticism, heretics, and witch hunts feel especially pertinent in the world we’re living in right now.