A favourite of many an indie horror fan, Lucky McKee has one of the finest directorial resumes around. Marking himself as one to watch with 2002’s melancholy goth folktale May, he has since directed The Woods, the under-seen unconventional revenger Red, All Cheerleaders Die and his crowning glory, 2011’s The Woman.

Next up for the director is suspense thriller Misfortune, which will star John Cusack, fresh from Stephen King adaptation Cell. Produced by Lee Nelson and David Buelow of Envision Media Arts, the film is currently being sold to international buyers at the Cannes Film Festival, through Radiant Films. 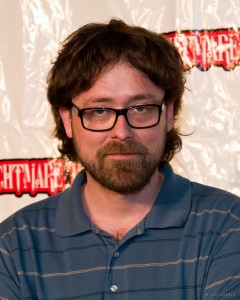 Cusack will play Miller, “…a quick-witted businessman who leaves everything behind, including his family, to start a new life after embezzling a client’s money. Everything had been going according to plan until he becomes separated from his cash in the middle of the wilderness. Three young friends happen upon the lost fortune, and a desperate and violent Miller will do anything to get his money back.”

“We are thrilled to be working with a talent such as John Cusack,” said Mimi Steinbauer of Radiant Films. “He is perfect for the role of a white-collar businessman so consumed by greed he trails off the beaten path of morality. Cusack combined with Lucky’s knack for suspense, give the film all the ingredients it needs for a chilling thriller.”

This is most definitely one to keep a watchful eye on.