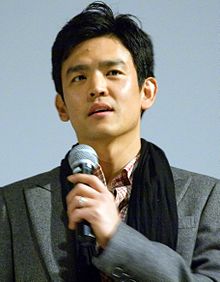 John Cho is the latest actor to join the upcoming reboot of The Grudge, joining Andrea Riseborough and Demian Bichir. The re-telling of the originally Japanese story will be directed and written by The Eye of My Mother’s Nicholas Pesce for Ghost House.

John Cho most recently starred as Andrew Kim in the Fox series The Exorcist and Andy Brooks in Sleepy Hollow, so this will not be his first footing into the horror genre. Of course, he has also featured in the Harold and Kumar franchise. He is also attached to the currently untitled Star Trek sequel and the comedy Serial Dater.

Originally released back in 2004, The Grudge was a remake of the original Japanese story Ju-on: The Grudge. The film was a reasonable interpretation with a few great scares, but it was nothing ground-breaking. There is certainly room for another version of the horror tale and Pesce is an exciting director to be attached to the project.

The Grudge follows a vengeful ghost who torments those who enter the house that it resides.

There is no word on when the new Grudge will be with us, but keep your eyes peeled for more as it comes.