The horror master and director of terrifying classics Halloween, The Fog, Christine and countless others will be directing a Halloween special of El Rey’s The People’s Network Showcase. The two-hour show will air on 30th October, so will make for perfect Halloween viewing.

The People’s Network Showcase will air quarterly with Carpenter directing the first in a series of programmes that will feature interviews with film-makers and industry professionals. The El Rey network was created by director Robert Rodriguez and when speaking about the new show and the channel itself, he said:

“When I started El Rey I wanted the network to provide a new pipeline for creators. My roots are in independent filmmaking and I believe in providing opportunities to people working outside of the studio system. We’ve discovered these terrific short films by very talented makers and with this on-air special; we can help get them noticed.” 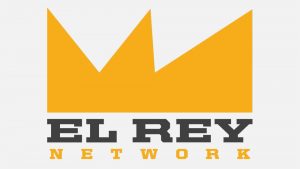 With the perfect host and an array of different horror shorts on show, this definitely sounds like a must-watch for those who are eager to discover the secrets of horror film-making. Be sure to tune in on 30th October.