Joe Lynch Invites Us To a Cannibal Dinner Party In Taste

As we await news of a release for his Steven Yeun-starring Mayhem, director Joe Lynch has revealed that his next project will be a cannibal horror flick entitled Taste, scripted by No One Lives writer David Cohen.

Lynch, who began his directing career with 2007 sequel Wrong Turn 2: Dead End, broke the news to Deadline, saying:
“I’ve been dying to direct something darker in the genre and when I read David’s script, which had a fantastic take on the current foodie/haute cuisine culture, I was pretty much salivating, pun intended. I’m thrilled to be working with Penchant [Entertainment] to bring this fantastically twisted and exciting tale to life and make people rethink what’s for dinner.”

The film’s plot is as follows:
When a young chef-on-the-rise is invited to cook for a revered master’s private supper club, what at first seems like a career-launching opportunity soon turns deadly with the discovery that she and her husband are at risk of becoming dinner themselves. 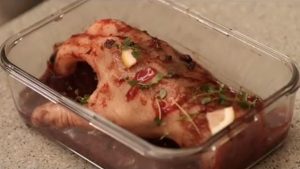 Taste is due to begin filming this summer in Los Angeles with Erin Eggers, Chase Hudson and Matthew Porter producing along with Cohen.