Joe Hill’s Tales From the Darkside comic unleashed this summer 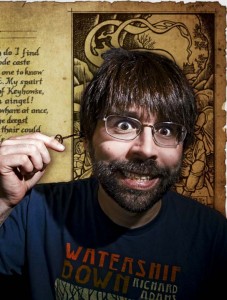 Following their award-winning success with supernatural horror series Locke and Key, writer Joe Hill and illustrator Gabriel Rodriguez are almost ready to unleash their new comic. Based on the cult TV anthology series of the same name, Tales From the Darkside will appear in comic shops this summer.

The initial run will comprise 4 issues, with the stories taking their cues from the original series while adding a wholly contemporary, meta approach to the material. The aim is to tell individual tales, while exploring an expansive underlying mythology.

Hill, a multi-award-winning novelist and comic book writer and the son of a certain Mr. Stephen King, has talked about his vision for the new series, and how it will differ from the source material:
“This is the show that could’ve been. The original Tales from the Darkside was a fun, bleak little spin on the Twilight Zone style anthology. My idea is to give readers a little more. Every story is meant to stand alone, but gradually, you will come to see how they all connect, to tell a single larger story.” 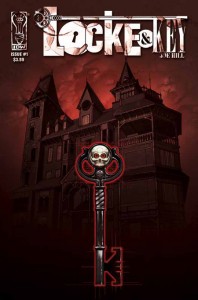 Michael Benedetto, Hill’s editor on the series, says: “The universe that Joe is building here is wholly unique while still doing justice to the original show, and having Gabriel collaborating with him again is the best we could have possibly hoped for. These guys have a proven track record, and this series will only serve to build on their reputations as excellent storytellers and masters of horror and suspense.”

Tales From the Darkside will hit shelves this June.