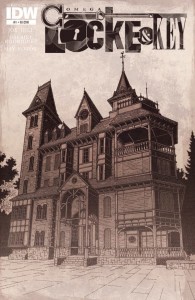 Joe Hill’s comic series Locke & Key has seen a few abandoned attempts at screen adaptations, but it seems the latest one is a definite go. Fox put the brakes on a TV pilot back in 2012, and in 2014, Hill announced a trilogy of films for Universal which never saw fruition. Now though, it appears that a TV series is back on the table, with Hill acting as executive producer as well as director of the pilot.

IDW Entertainment announced the upcoming adaptation of the award-winning comics, with President David Ozer enthusing that: “Having Joe at the helm of the pilot ensures that the series will hold true to the brand that fans around the world have come to love. Locke & Key is a true global franchise.”

“I love this story,” says Hill. “The seven years I spent working on Locke & Key was the happiest creative experience of my life, and there still isn’t a day when I don’t think about those characters and miss visiting with them. The six books of the 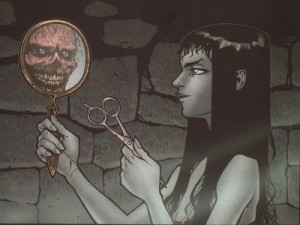 series are very like six seasons of a cable TV series, and so it feels only natural to bring that world to the little screen and to see if we can’t scare the pants off viewers everywhere.”

A family moves into Keyhouse, an unlikely New England mansion, which has fantastic doors that transform all who dare to walk through them, and is home to a hate-filled and relentless creature that will not rest until it forces open the most terrible door of them all!