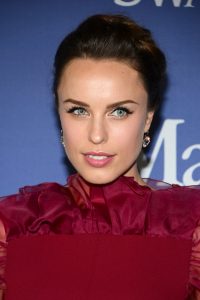 Jessica McNamee (The Loved Ones, The Vow) has joined the cast of Meg which stars Jason Statham. There is no word on what character she will play, but we can imagine she will be a member of the crew of the submersible that finds itself stranded at the bottom of the Mariana Trench.

Eli Roth was originally tied to helm Meg, but it seems he’s been busy on a secret sci-fi endeavour titled Mission: Fear. Jon Turtletaub is now the film’s director, which suggests that Warner Bros are keen for the film to be more action than horror.

Meg is based on the novel by Steve Alten and additionally stars Bingbing Fan. The film has a release date slated for 2nd March 2018 in the USA.