I think we all cheered when Jessica Chastain was announced to be playing the role of the adult Beverly Marsh in Andy Muschietti’s sequel It: Chapter 2. She’s the perfect redhead already, but Chastain has now taken to Instagram to show-off her brand new ‘do and it’s gorgeous! 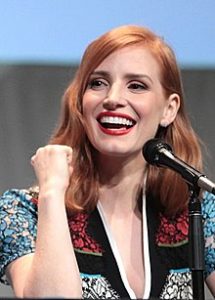 She further writes #WinterFire, touching on Ben Hanscomb’s sweet poem that expressed his love for Beverly. Check out the post right here.

The cast further includes Bill Hader as Richie, James McAvoy as Bill, James Ransone as Eddie, Andy Bean as Stanley, Isaiah Mustafa as Mike and Jay Ryan as Ben. Bill Skarsgård will return to reprise his terrifying role of Pennywise.