Karyn Kusama, who directed Jennifer’s Body and The Invitation, is reteaming with Fox for her latest horror film, Breed. Kusama will direct from a script by The Invitation writers Phil Hay and Matt Manfredi, who are also producing alongside Scott Frank, under his new production deal with the studio.

Breed is an adaptation of Chase Novak’s 2012 novel of the same name, and follows an affluent New York couple who are struggling to conceive. Having exhausted all other options the couple turn to a controversial European fertility clinic and eventually have twins. Ten years later, the children and their parents begin to suffer nightmarish side effects from the procedure. 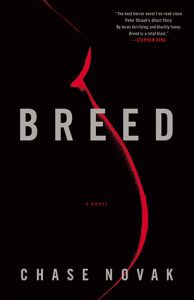 “Breed was the first piece of material I acquired and was a complete no-brainer — falling right into the sweet spot of the work that I’m trying to do in my partnership with Fox,” Frank said recently in a statement. “The fact that I also get to collaborate with the talented likes of Phil, Matt, and Karyn only makes an already exciting project even sweeter.”

Breed will be Frank’s first project under his Fox production deal, which will see a slate of “adult genre films” produced in the budget range of $20 million to $30 million.