Jennifer Blanc-Biehn’s The Girl is on Her Way 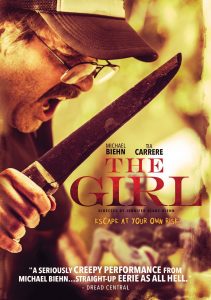 Clearly as happy to be together onscreen as off, Jennifer Blanc-Biehn and Michael Biehn have worked together on a number of violent genre films in recent years including The Victim, Hidden in the Woods and She Rises. With a US home release set for this month and a Canadian DVD following in January, The Girl (aka Psychopath) sees the spouses again working alongside one another, under their Blanc/Biehn Productions banner. Check out the rather cool Canadian box art below.

Blanc-Biehn directed the film, which was shot in 2013 and first screened at the following year’s AFM, and most recently screened at the Burbank Film Festival in September this year. Evie Thompson (The Call, Boyhood) stars in the title role, as a girl who is kidnapped and rescued by a young boy. In return, she is compelled to save him from the familial horrors that lurk within his home. 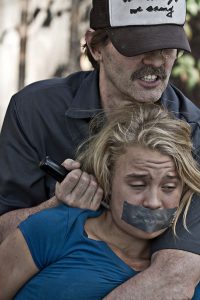