Jeepers Creepers 3 is in Development 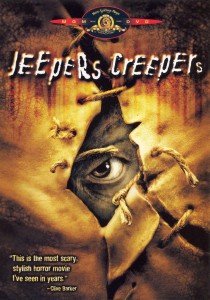 Way back in the early 2000s a couple of creature features in Jeepers Creepers 1 and 2 were released, and until now, the trilogy was left incomplete. However, it has now been revealed that Jeepers Creepers 3 is in development with many familiar faces returning to finish where they left off.

The director of the both Jeepers Creepers films Victor Salva, is returning to helm the third, with Jonathan Breck reprising his role as the infamous Creeper and Brandon Smith returning as Sergeant Davis Tubbs. Francis Ford Coppola is also returning to co-produce along with Odyssey Media.

The apparent synopsis is as follows:
Jeepers Creepers 3 will show events on the last day of the Creeper’s twenty-three day feeding frenzy, as the sceptical Sergent Tubbs teams up with a task force hell-bent on destroying the Creeper for good. The Creeper fights back in gory glory as its enemies grow closer than ever before to learning the secret of its dark origins.

I am excited to finally get a much-awaited conclusion to Jeepers Creepers; the cliff-hanger at the end of the second film deserves to be returned to. Keep your peepers peeled for more as it comes!