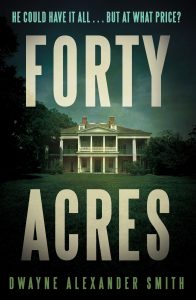 Published in 2014, the thriller novel is described as a cross between The Firm and Get Out. The plot follows a civil rights attorney who must fight for survival when he’s invited to join an elite Black organisation with a mind-blowing secret.