Jason Mewes Playing a Serial Killer in his Directorial Debut 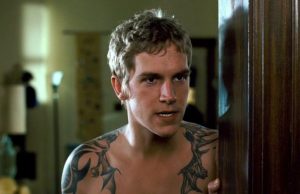 Jason Mewes will likely never escape the shadow of his most famous role, playing Jay in Kevin Smith’s Jersey films. Although that’s precisely what he tries to do in the plot of his directorial debut, The Madness in the Method, in which his attempts to break free of his onscreen persona gradually turn him into a serial killer.

“[The film] is set in an alternate universe where Kevin Smith gives me some advice to try taking on ‘method’ acting in order to help me to be taken seriously as an actor with real range in Hollywood,” Mewes told THR. “Problem is that the process slowly begins to send me mad as I take to method acting a little too well!”

During the interview, Mewes revealed that the project came into being when the film’s producer Dominic Burns asked him if there’s any role he’d like to play that he’d not done before, and that would really challenge and excite him. “I told him I’d love to play a serial killer,” Mewes says.

The Madness in the Method has an eclectic cast of cult figures from TV and film (many of whom play themselves), including Danny Trejo, Teri Hatcher, Judd Nelson, Stan Lee, Casper Van Dien, Vinnie Jones, Dean Cain and, of course, Kevin Smith. Mewes in fact, talks of a particularly sentimental moment between him and his longtime friend and director. 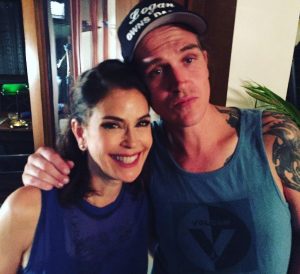 “Kevin does speak; in fact, he really has delivered a breathtaking performance. There was one scene in particular between Kevin and I that really goes into our past, and it all gets very deep. It was genuinely emotional and we even had crew-members in tears. I wasn’t sure what directing Kevin would be like, because of course it’s been the other way around for so many years. But Kevin was wonderful, extremely responsive and as always, he brought his incredible sense of humour. He threw in some genius lines that I loved and will definitely make the movie.”

The Madness in the Method has a US release pencilled in for 1st September, 2017.