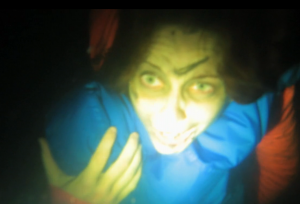 Hobo with a Shotgun director Jason Eisener has signed on to direct a feature based on his own 2013 short One Last Dive for 20th Century Fox. The as-yet untitled film will be produced by Wes Ball’s Oddball Entertainment and Jeremy Platt’s Plattform.

Running just over a minute in length, One Last Dive (watch below) is a short, sharp shock told from the point-of-view of a diver investigating an underwater crime scene. No details have been released regarding the direction the feature – currently known only as ‘Untitled Underwater Jason Eisener Film’ – will take.

Eisener will reportedly be directing from a script by Lewaa Nasserdeen, a shorts director and staff writer on TV’s The Goldbergs. Jason Young is overseeing the project for the Fox.

Eisener, who has also directed segments in The ABCs of Death and V/H/S/2, has most recently been working as a second unit director on Adam Wingard’s Death Note for Netflix. With Fox looking to get things moving on the new project, the director’s planned adaptation of cult comic New York City Outlaws may have to wait.