Jared Leto Gets the Last Laugh and Joins Blade Runner 2

I’m sure you’ve all heard the controversy surrounding Suicide Squad and read Jared Leto’s displeasure with the film. He felt cheated and can you blame him? Suicide Squad was a VERY bad film and Leto’s Joker was rather great, but entirely pointless to the film and underused. However, Jared Leto’s film days are far from over, because he’s joined the cast of Blade Runner 2. 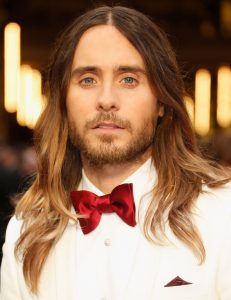 There is no word on his character or even the plot of the film itself, but he will be joining an awesome cast that features Ryan Gosling, Robin Wright, Sylvia Hoeks, Barkhad Abdi, Harrison Ford – in his original role! – and plenty of others. The story comes from Blade Runner’s director Ridley Scott as well as Hampton Fancher. The screenplay has been written by Fancher and Michael Green and Blade Runner 2 will be directed by Denis Villeneuve (Prisoners, Sicario).