Jamie Lee Curtis has announced via her social media accounts that she has wrapped filming on David Gordon Green’s Halloween, in which she returns to the screen as Laurie Strode.

While we have no official word on whether or not the entire shoot has wrapped, Curtis wrote on Twitter that she is “Wrapping up this astonishingly scary revisit to Haddonfield.” On Instagram she posted a list of thanks to the people of Charleston, South Carolina, where the shoot took place, adding “So sad to leave all my new friends in Charleston.”

The hotly anticipated new sequel to John Carpenter’s 1978 classic also stars Judy Greer as Laurie’s daughter Karen, and Andi Matichak as Laurie’s granddaughter, Allyson. Curtis tweeted this pic of the three of them to accompany her wrap announcement. 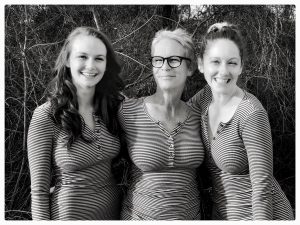 Nick Castle – one of two actors to play Michael Myers (then credited as ‘The Shape’) in the original film, not to mention the writer of Carpenter’s Escape from New York – will once again don that famous mask, apparently sharing the role once again, this time with actor and stunt performer James Jude Courtney.