James Wan to Produce The Boy Who Drew Monsters 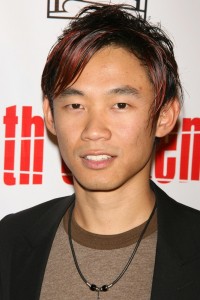 The Conjuring and Insidious director James Wan is on-board to produce an adaptation of Keith Donohue’s horror novel The Boy Who Drew Monsters. The story centres on an agoraphobic child with Asperger’s, who has the frightening ability to make anything he draws come to life. That sounds like a great ability but when you draw terrifying monsters, it’s not-so-great. However, imagine the fun the author – and now James Wan – will have making creatures to scare the bejezus out of us.

New Line Cinema have acquired the rights to the film and it will be produced at Wan’s Atomic Monsters production company along with Lights Out starring Teresa Palmer (The Grudge 2, Warm Bodies), and the previous horror Annabelle.

James Wan is additionally working on the anticipated sequel to The Conjuring and, also, Aquaman with Jason Momoa (Conan The Barbarian, Game of Thrones). It’s great that Wan is still keen to produce horror, because he’s so damn good at it.

Keep your eyes peels for more on The Boy Who Drew Monsters.