James Wan To Produce Remake Of The Entity (1983) 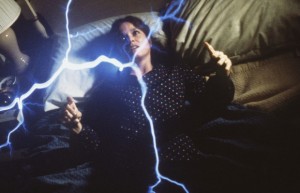 We all know what James Wan (Insidious, The Conjuring) is best at, and that’s scaring the life out of us with his paranormal stories. So it comes as welcomed news to hear that Wan is set to produce a remake of the terrifying The Entity, alongside fellow producer Roy Lee (The Ring, Godzilla).

The original 1983 version, directed by Sidney J. Furie, stars Barbara Hershey as a single mother, Carla, who claims she is sexually abused by a supernatural presence. She begins therapy with a doctor, played by Ron Silver, who believes her inflictions are self-induced through trauma.

Chad and Carey Hayes, the brainpower behind the screenplays of The Conjuring and The Reaping, will write the horrific re-imagining of paranormal domestic abuse.

Check out the trailer for the original version of THE ENTITY below: