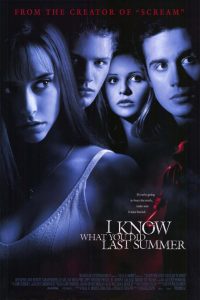 It seemed like James Wan (Saw, Insidious, The Conjuring) had largely stepped away from the horror genre, at least in a directorial capacity. So we’re thrilled to hear that he’ll be directing the pilot for a new Amazon series based on none other than famous 90s slasher I know What You Did Last Summer.

This project is part of producer Neal H. Moritz’s three-year deal with Sony Pictures Television for his Original Film banner. Shay Hatten will write the pilot for the show, which is described as a young adult horror series.