Jackie Earle Haley has been cast in the upcoming manga adaptation of Alita: Battle Angel from director Robert Rodriguez (Planet Terror, Machete) and producer James Cameron. Along with Laeta Kalogridis, Cameron has also written the script for the film. 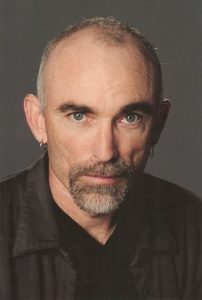 Alita: Battle Angel is based on the Manga titled Gunnm and is set in a dystopian world, mainly in the city of Scrapyard and follows an amnesiac female cyborg who is found in suspended animation by a cybermedic expert. He manages to save her, becoming her mentor and helping her to remember the memories of her past. When she remembers her martial arts training, Alita becomes a bounty hunter who targets criminals.

Haley joins the cast that, so far, includes Christoph Waltz and Rose Salazar; who will be playing the title role. Waltz will play Dr. Dyson Ido, the scientist that rescues her and Haley is said to be playing the role of a monstrous cyborg, but details on his character are being kept under-wraps for now.