While October will see the release of the third film in Bad Robot’s ‘Clover-verse’ (which, while officially untitled, most of us are assuming to be Julius Onah’s God Particle), rumours are being tossed about that the recently-announced, J.J. Abrams- produced Overlord will become the franchise’s fourth entry. 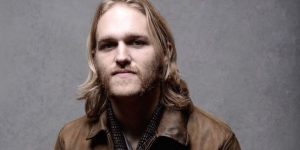 The World War II-set film, to be directed by Son of a Gun helmer Julius Avery, recently began casting, with up-and-comer Jovan Adepo and Everybody Wants Some!!’s Wyatt Russell (pictured) having signed up. Here’s what we know about the plot:
On the eve of D-Day, a group of American paratroopers are dropped behind enemy lines to carry out a mission crucial to the invasion’s success, but as they approach their target, they begin to realise there is more going on in this Nazi-occupied village than a simple military operation. They find themselves fighting against supernatural forces, part of a Nazi experiment.

Further narrative details are shrouded in secrecy and, being that the film is a Bad Robot/Paramount production, speculation is rife that the film is actually ‘Cloverfield 4’. It doesn’t take much to get the online rumour mill turning, but dig a little deeper and the theory becomes more plausible. Overlord is set in 1944, one year before the founding of fictional Japanese mining company Tagruato, which has ties throughout the Clover-verse (Howard Stambler worked for Bold Futura, one of Tagruato’s subsidiaries), so it’s entirely possible the film is some form of prequel or origin story.

This is of course, nothing but speculation, but expect more whispers, clues and rotten lies on this over the next year.