Andrew Fleming’s The Craft is a fond favourite of goths and horror fans everywhere. But nothing is immune to the remake machine, and the 1996 film is the latest to fall into its clutches. Blumhouse is officially producing a remake.

The Craft is the story of four teenage witches (originally played by Robin Tunney, Neve Campbell, Rachel True, and Fairuza Balk) who become corrupted by their own power. Three years ago, there were rumours that Leigh Janiak (the director of Honeymoon) was helming a 20-years-later sequel following a new group of witches uncovering their powers. 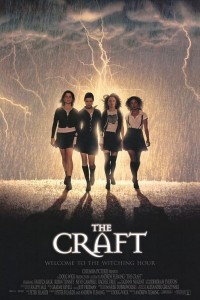 But that idea seems to have been scrapped, and Janiak is no longer attached to direct the film. As of right now, no new director has been announced.

Does this mean we’re getting a straightforward remake, rather than a modern sequel? And will the project be light as a feather, stiff as a board—or will it all come crashing down?