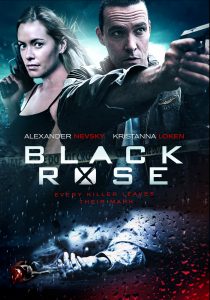 ITN has acquired the North American distribution rights to Black Rose; a serial killer-thriller from Russian actor Alexander Nevsky who is making his directorial debut with the feature. Originally released in Russia in 2014, it’s great to see the film finally making it to the States, so that we can delve into the killer world of Hollywood murders.

Synopsis:
A Russian Police Major (Alexander Nevsky) is enlisted by the LAPD to help solve a series of gruesome murders perpetrated against young women by a sadistic sociopathic killer on the mean streets of Hollywood.

You can check out the trailer for the film below which shows the Russian hero arriving to put an end to the killings that have been ravaging the streets of LA. It’s filled with explosions, shooting and aggressive editing that is sure to get your head-aching and your pulse racing.