IT & Stranger Things’ Finn Wolfhard May Be A Ghostbuster

His character in IT might be scared of clowns, but Finn Wolfhard ain’t afraid of no ghosts! The young actor is in talks to become one of the new Ghostbusters in Jason Reitman’s upcoming film.

After 2016’s divisive all-female reboot, the new entry in the Ghostbusters franchise will be a sequel to the original 80s classics. It’s unclear yet whether any of the original cast will reprise their roles, but rumor has it that the plot will revolve around a single mother and her family. Wolfgard, who is currently 16, may play the son, with Widows’ Carrie Coon being eyed to play the mother.

Reitman, who co-wrote the screenplay with Gil Kenan and will be directing the film for Sony, was reportedly blown away by Wolfhard’s audition. The actor recently wrapped the third season of Netflix’s wildly popular Stranger Things, which will hit the streaming platform in July. He’s also expected to reprise his role as the lovable loudmouth Richie Tozier in IT: Chapter Two, coming to theaters in September. 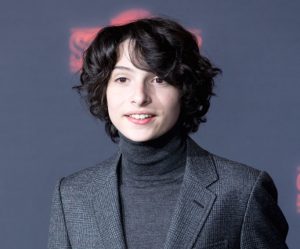 Interestingly, fans may remember that Wolfhard already played a Ghostbuster—on Stranger Things. His character Mike, along with his ragtag band of friends, dressed as the Ghostbusters gang for Halloween in the second season. With the retro aesthetic of the show heavily influenced by and paying tribute to the 80s pop culture that has enjoyed a resurgence in recent years, it seems fitting that the actor may take up the mantle in the modern sequel to this iconic 80s property.

Filming on the Ghostbusters sequel is slated to begin this summer, with Sony shooting for a summer 2020 release.