Is Alien 5 on the Backburner Until After Prometheus 2? 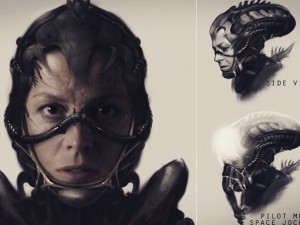 If you’ve been curious as to why we haven’t heard much about Neil Blomkamp’s (District 9, Chappie) Alien sequel lately, then this could be your answer. Apparently, Alien 5 is not going to be released until after Prometheus 2. This means we could be potentially waiting until 2018 to see more Ripley and Xenomorph action.

Fox have assured that Alien 5 is still getting the go ahead, it’s just a case of waiting until Ridley Scott gets going with the production of his Prometheus sequel which has a release slated for 2017. Although this is disappointing – 3 years is a terribly long wait – we should see this news as positive. Blomkamp now has 3 long years to ensure that his Alien sequel is perfect. However, it does mean that if it falls short of perfection, we’re going to be out for Mr Blomkamp’s blood.

It is also now uncertain whether the new script will ignore Alien 3 and Resurrection, as we were previously led to believe. It is such early days and there isn’t even a script yet, so this isn’t surprising. Be aware that none of this is 100% confirmed and it’s mainly speculation at this stage. For now, we have Ridley Scott’s The Martian to look forward to, which is out 30th September 2015.