Iron Sky: The Coming Race is Set to Begin Filming Next Week 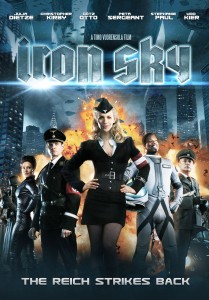 According to the upcoming sequel to Iron Sky, Nazis on the moon was just the beginning and there is plenty more to come! When Iron Sky was released back in 2012, it promised to be a wonderfully bizarre and hilarious horror-comedy. Arguably, it did not deliver on all of these aspects and despite some admittedly very funny moments, it lacked in fun and frights overall.

Nonetheless, we’re excited about a sequel and the plot does sound ridiculous and crazy. With an increase in budget and a great cast that includes Udo Kier, Tom Green, Lara Rossi, Vladimir Burlakov and Kit Dale, hopefully we’ll get an improvement on the first film.

Synopsis:
Twenty years after the events of Iron Sky, the former Nazi Moonbase has become the last refuge of mankind. Earth was devastated by a nuclear war, but buried deep under the wasteland lies a power that could save the last of humanity – or destroy it once and for all. The truth behind the creation of mankind will be revealed when an old enemy leads our heroes on an adventure into the Hollow Earth. To save humanity they must fight the Vril, an ancient shape-shifting reptilian race and their army of dinosaurs.

Iron Sky: The Coming Race is the most expensive live-action Finnish film to ever be made with a budget of $17 million. Let’s hope all that money is worth it when the film is released in 2016.