Iraqi Horror Curse of Mesopotamia Headed to US in August

Billed as Iraq’s first indie horror film, Lauand Omar’s Curse of Mesopotamia has overcome terrorism and political turmoil in its journey to the screen; something few Western productions could claim. The English-language film will be available On Demand in the US and Canada via iTunes & Amazon this August. 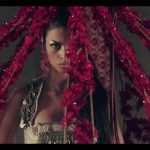 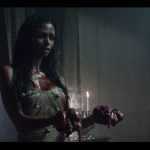 Below is the international trailer for the film, which shot to the number 1 spot for new releases when released in Iraqi cinemas in November last year. It was a richly deserved reward, following the film’s turbulent and fragmented shoot. As noted in the press materials, “the advance of ISIS halted production in Kurdistan, Iraq back in August, 2014. With strong perseverance the indie film completed principal photography in April, 2015 in Jordan.”


Synopsis:
Five strangers are brought together with only one thing in common: nightly visits by a Demon in a nightmare so disturbing it has affected their everyday lives. When their common psychiatrist suggests group therapy in a location similar to the place they keep seeing in their daily nightmare, US Army soldier and divorced father, John, is not keen to the idea. But when he realizes that his little daughter has started to suffer from the same night terrors, he joins the trip to Erbil in Iraq, Kurdistan with the psychiatrist and the other patients: painter Veronique, socialite and ex-porn star Amira, bisexual playboy Tony, and radical Islamist, Ahmed. Once at the old castle, dream and reality start to become one. John soon realizes that their arrival was not a coincidence. They are all reincarnations of key figures that played a role in 600B.C. during the revolution that made Kawa a hero and that is still celebrated to this day as the holiday, Newroz. The Demon has lured them back to change history and to stop Kawa. The brutal fight for survival starts, again. 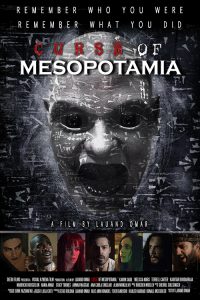 Throwing Middle-Eastern history and religion into the mix along with an international cast playing a particularly diverse set of characters, Omar’s film is deliberately confrontational, challenging tradition and religious conformism. The writer/producer/director is no stranger to shaking up the status quo, with his previous film Bekhal’s Tears centring on a girl who must fight against outdated laws and traditions in order to get herself an education.

Curse of Mesopotamia stars French actress/singer-songwriter Melissa Mars (From Paris with Love, The Cabining), American comedy actor Terrell Carter, Stacy Thunes (Mom, Murder and Me) who also co-produces and Moroccan TV host and former model Kaoutar Boudarraja, who says of the film: “This movie is our way of fighting ISIS and radicals”.

Check out these stills along with the trailer ahead of that August North American release. A UK release is yet to be announced.